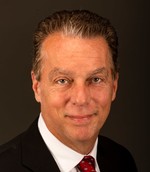 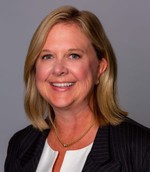 Sarah Lauber has served as our Chief Financial Officer & Secretary since August 2017. Before joining Douglas Dynamics in 2017, Lauber held financial leadership positions at several public companies in Wisconsin. She was Senior Vice President and Chief Financial Officer at Jason Industries, Inc., a diversified industrial company from 2015 to 2017.  Ms. Lauber also served as Vice President, Financial Planning and Analysis at Regal Beloit Corporation, a manufacturer of electric motors, generators and controls, and mechanical motion control products, from 2011 to 2015.  She served as Chief Financial Officer of A.O. Smith Corporation’s Electrical Products Company (“EPC”), a manufacturer of electric motors for residential and commercial applications, from 2002 until EPC was acquired by Regal Beloit in 2011.  Over the last 25 years, she has held a diverse range of financial leadership and strategic roles after starting her career as an accountant at KPMG.

Ms. Lauber is also a member on the Board of Directors of the Timken Company (NYSE: TKR), and also serves on the Audit and Compensation committees.  Ms. Lauber is also proud to serve as the Treasurer and Board member of the Junior Achievement® of Wisconsin.  She holds a bachelor’s degree from California State University-San Bernardino and an executive MBA from Northwestern University’s Kellogg School of Management.

Keith Hagelin has served as group President, Work Truck Attachments since 2019. Prior to this role, Mr. Hagelin served as division President, Commercial Snow & Ice Control from 2017 to 2019, Vice President, Operations from 2009-2017 and Senior Vice President, Operations from 2013 to 2017, having previously spent 14 years in progressive roles at the Company, including Vice President of Manufacturing from 2007 to 2009. Prior to joining the Company, Mr. Hagelin spent 13 years at Raytheon Corporation in various manufacturing, production, and new product development roles. 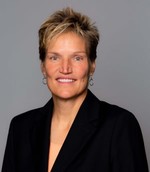 Linda Evans has served as Vice President, Human Resources since June 2008 and became an executive officer of the Company in February 2021. Prior to joining Douglas Dynamics, Ms. Evans served as the Director of Human Resources for Pentair Filtration from November 1998 to June 2008. Ms. Evans is an active member of the Society of Human Resources Management and has her Senior Professional HR (SPHR) certification. She holds a bachelor’s degree from Iowa State University and an MBA from Cardinal Stritch University.